You are here: Home / Archives for austin history

This is an amazing time capsule of a video.

Twenty years ago this video was shot by Pete Reid and his buddy, Brian.  Pete was a visiting student from Scotland at UT.

The video takes us from UT, down the Drag, along Guadalupe into downtown Austin.  The video quality isn’t great, but it is good enough for some good nostalgia to kick in. From Pete’s Youtube description:

“We drove down the Drag passing the Hole in the Wall, Tower Records, some drag rats, and Miami Subs. Then down Guadalupe passed the Dog and Duck, Liberty Lunch, an empty Austin skyline, and hardly any traffic. “

It starts off with shots of the Drag.  For me the most interesting part is about five minutes in when you can catch glimpses of how downtown Austin has evolved. Notably:

5:52 – on the left, Guadalupe @ 2nd, that white building is now where Austin City Hall is located.  The camera pans to the right to show Liberty Lunch.

Thanks to Pete Reid for sharing this on Youtube, and to Chris James putting it on my radar.

The Second Street Public Art Master Plan (part of Great Streets), in coordination with the City’s Art in Public Places program, has methodically been placing art in around the district since the mid-2000s, when 7 sidewalk enhancements were commissioned at district intersections to reflect a unified theme.

The City of Austin has a 2% for art ordinance that was established in 1985. Art in Public Places (AIPP) is celebrating its 30th anniversary this year and Austin was the first municipal public art program in the state of Texas. Under the ordinance, 2% of eligible capital improvement project budgets are allocated for the commission of public art for that site. The projects in The Second Street Public Art Master Plan are under that envelope of funding.

END_OF_DOCUMENT_TOKEN_TO_BE_REPLACED

Block 8 sits in the southern shadow of the Four Seasons Residences, just west of the Austin Convention Center.  There are signals that the City of Austin is posturing for another Convention Center eminent domain battle (à la the Whittington Saga Part 1 & Part 2, which we wrote about in 2008).

City Staff recently recommended that the City acquire the southern tracts of what’s known as Block 8 to be part of an expansion of the Austin Convention Center, the first step in a larger proposed expansion.

The Convention Center currently sprawls over six city blocks, and hosts 881,400 square feet of space.  The City Memo states that there is “solid evidence” for expansion and is wanting up to 305,000 in additional square feet! No doubt the abundance of downtown hotel rooms recently built, and under-construction is part of that “evidence”.

You can view the memo in a recent report from the Austin Monitor, though talks about this have been going on behind closed doors for a while before this.

Below is the breakdown of current ownership of the southern half of Block 8 that the city is intending to initially acquire:

101 E Cesar Chavez / 302 E Cesar Chavez – this is one of the most awkward buildings in downtown Austin. The tenant, Casa Chapala, recently closed its doors.  Public records show the lot to be owned by Bloctavo Holdings LLC / John Calhoun Miller, a real estate attorney in Texas. May be a registered agent.

Southwest Strategies has been marketing the assemblage of the southern half of Block 8, hoping to get a developer to build with a long-term ground lease.

They describe Block 8 as follows:

It’s true that the block sits on a prime redevelopment location.  It’s near the convention center, has CBD zoning, and “is unencumbered by any Capitol View Corridors.”

Per the Austin Business Journal, “City officials invested about $110 million to expand the convention center in 2002 by several city blocks.”

In their memo, the City states that it has already sent what’s called a Letter of Intent to Acquire to the property owners, and is also already throwing around eminent domain references (though the memo does state that the City will make a good faith attempt to acquire the properties at market value).

The above lots are just the first part of the plan.  From the Austin Monitor: “Rizer suggests the city will need to acquire ‘the equivalent of three to four City blocks‘ to accumulate enough room for the additional space.”

As a resident of downtown, the prospect that an additional three to four blocks of CBD zoned downtown Austin land, currently occupied by thriving businesses, would be annexed by a sprawling Convention Center is alarming.  This would divide downtown Austin using brute force malaise-era design principals.  The City should instead be investing in sustainable design that enhances the preciously compact pedestrian experience our downtown currently affords to residents and visitors.

I call BS on the dogma that Convention Centers can only expand horizontally.  City leadership should invite world class designers to show us a better path to expand vertically on the already significant Convention Center footprint. 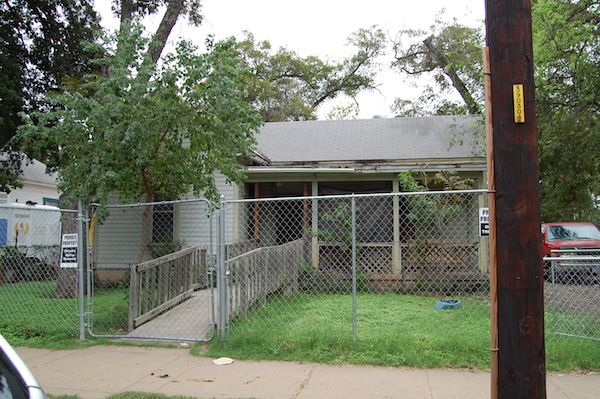